FROM THE FOURTH DIMENSION

Fourth Dimension is sailing again which is good after missing out on sailing last year due to workload in Australia which was bad although being there was good. Clear?

I've spent about 150 days in the interim working on 4D on the hard in Finike, Turkey. Some deep renovation on the holding tanks, poo pipes and cocks, generator overhaul, regular maintenance and countless small jobs including a lot of timber related jobs because I had access to a table saw and a docking saw. Being able to quickly cut timber straight and square and a keen eye in Bunnings while in Australia beckons another world of renovation with a lot of jobs now ticked off the list. As my German yachtie friends say “immer arbeit”.

Anne is not on 4D at the moment though her arrival is eagerly anticipated. She joins later in August after convalescing from surgery. In the meantime, Michael and Anna, the crew from 'Red Rackham' are kindly helping me get 4D to Greece from Turkey. Anne has been coordinating the friends onboard roster and boarding points for the rest of the season. With Anne's planning prowess and herself onboard again, I expect seamless integration and a very happy skipper.

The most notable thing sailing from Turkey to Greece this season apart from Anne not on board is the decrease in boat numbers. I expected it in Turkey but wasn't expecting it in Greece. All the restaurants visited mention it. At Sercan Limani in Turkey the bloke who has been selling stuff to yachties out of his little boat for 40 years said it was very quiet. “No Europeans, mostly Turkish.” Plus one Australian. In Greece, my favourite storekeeper in Symi said "Cata stroff!" “That peanut in Turkey has scared everyone away”.

In Datca, on the move,  I replaced a dead battery only to yesterday have another one get very hot and outgas hydrogen sulphide as it threatened to melt down. After mistaking the smell at first for someone polluting my beautiful fresh clean holding tank, I found the problem so the potential bomb is off the boat and we are on the lookout for another new battery again. European prices this time.

And the sitrep now? Astypalaea waiting for some more favourable winds rather than 15-22 kts on the nose which we've already endured and are so not fond of. There hasn't been a lot of sailing going on, mostly motoring directly in to headwinds. The purists might scoff but we have a mission to get my crew back to their boat in Greece in good time. A day or two sailing and we will be out of the main stream of the Meltemi winds that course South through the Aegean although there may be some sheltering soon as the next blow descends. We travel as the windows present.

We're back in the Med. Not on our boat 'Fourth Dimension' but on our friends' boat 'Red Rackham'.

After nine months in Australia we made it back to Poros, south of Athens to meet Australian friends Michael and Anna and join them on the last legs of their sailing season on the way to Lefkas where they will winter the boat. They were in Istanbul during the attempted coup and now they, like many others are out of Turkish waters.

Time in Australia was great, longer than we thought, a lot of work, but being in our own house again, seeing friends, making new ones and knocking off at least a million house jobs that had to be done was ultimately satisfying. I completely enjoyed the gardening, planting more trees and harvesting and roasting my own home grown coffee. It's been the favourite coffee onboard. The down side was we missed a sailing season so it's great to squeeze a little sailing in aboard 'Red Rackham' before we head to Turkey to work on 4D for next season.

As is often the case in the Med, we've either had no wind, a headwind or a gale. This post and a couple of pics are enroute to Trizonia on the Gulf of Corinth. We've spent six nights snuggled in to the quay at Galaxidhi due to dramatic swirling cloudscapes, high winds and forbidding seas. Several swimming sessions a day and afternoon walks allowed us to sink in to the very agreeable pace there where the shop owners and restauranteurs were welcoming and generous. There are fascinating walks in any direction around the pretty town with a rich maritime heritage.


With a drop in the wind we headed to Trizonia, a lovely island that featured earlier in this blog three years ago. Trizonia is always a treat. The quaint abandoned marina has been getting some minor work. Three years ago all the lampposts were leaning at crazy angles with no power. Now they are repaired, straightened, painted and working. There is some strange work happening on the waterfront restaurant terrace too. In order to comply with regulations, all the permanent restaurant shade structures have now been sawn off at the ground, raised and dolly wheels attached to each post so that they are 'relocatable' even though they stay there year round and now have extra bolted tie downs. I'm not even trying to understand the reasoning. 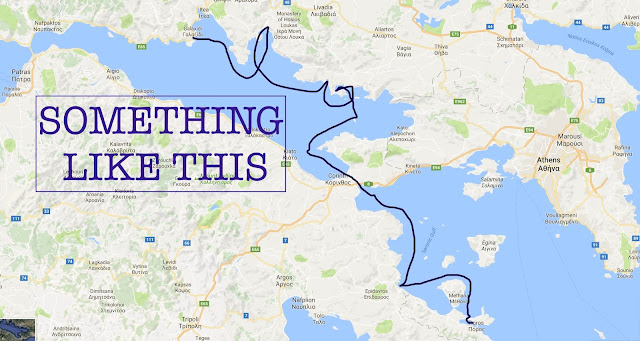 SCORES OF SYRIANS SITTING IN SYMI

Symi to Nisyros to Tilos to Symi

When I first heard a Greek person say to me “More Syrians than tourists”, I laughed in agreement at the pithy summing up of the kind of summer tourist season he was having. Bit by bit during summer in the Greek islands of the Dodecanese along the coast of Turkey I came to realise it wasn't such an exaggeration. Most of the upward of 500,000 refugees crossing from Turkey to Europe via Greece, did so north of us around Lesbos. Hundreds still arrived while we were in Symi though. We tended to see the calm orderly side of the crisis after the refugees had arrived or were being processed in Greece. I'd queue with groups of young Syrian men in the morning to buy spanakopita while others sat in groups smoking and waiting.

Leaving the throngs of Syrians behind, we overnighted in Panormitis before leaving Symi, then with what little wind on the nose, we motored all the way to Palun, Nisyros, I think our biggest motor for the season. David and Jane saw the sights of the volcano while Anne and I swam and carted extra water to the pig that lives under the fig tree where we picked our figs. The pig took a small drink but was more keen to tip the water out with its snout and wallow in the cooling mud.

Before returning the hire car we all explored the towns up on the rim of the caldera and down on the main port of Mandraki. Nice little towns perched high on winding roads with sensational views both in to the caldera and out to sea. Lunches on board Fourth Dimension stepped up a notch with David and Jane in charge. Jane's sumptuous salad and David's marinated mushrooms became signature dishes during their stay.

A motor sail south from Nisyros in little wind got us to the small harbour of Livadhia on Tilos. We hired another car to tour the island taking in several beaches for swims and a very steep drive up to a mountain top. Well, we got part of the way up. Slowly and steeply we crept up a narrow but solid concrete road. At a certain point with the precipitously steep drop off the side of the road becoming vertiginous, Anne said that was enough and she was getting out. Jane joined in solidarity and there wasn't much point pressing on. I can't blame them, I turned around but it was an exhilarating little drive with great views. It may be just as well we turned around, given the billiard ball smooth state of the tyre tread we discovered later.

From Tilos we left at dawn to sail back to Symi for David and Jane's ferry connection to head home.
We had mixed winds and even flew Big Purple. That didn't end well. Due to the captain's inattention during a gust all that taut light purple fabric in the air went all flappy and sustained a rip from the clew. Very unprofessional. Oh well, some more work for Suleyman the sailmaker back in Finike and another lesson for me.

We snugly tied alongside a wharf in Pedi bay happy that we wouldn't have any anchor dragging issues with the rising wind gusts. I'd just got to bed when there was an awful wrenching noise. On deck in a flash, I was expecting to see a boat had dragged into us, instead I found one dinted solar panel lying on the quay having been torn from it's corroded mount in a gust. It tested ok and was reinstalled the next day. Lucky.

It was great having my bro on board. We hadn't seen each other for a few years so the reunion was that much more welcome. Thanks David for the pic of me lolling about naked in the Aegean. That one won't make publication. 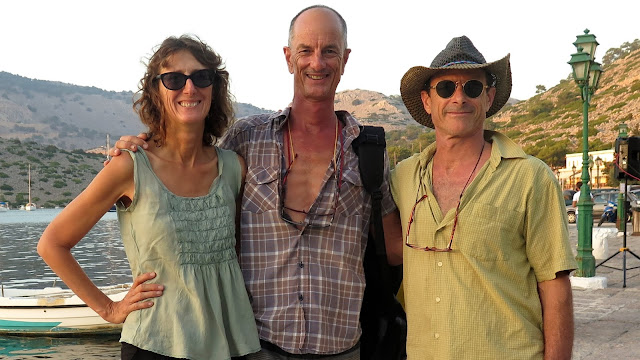 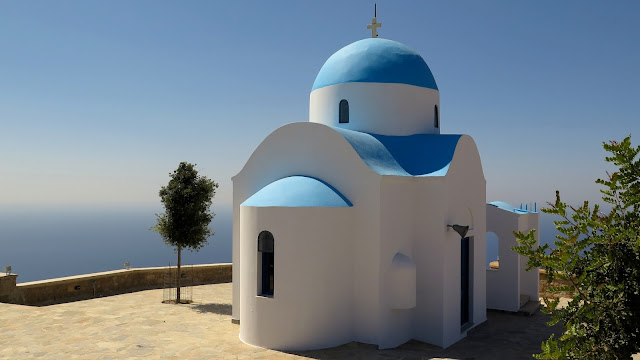 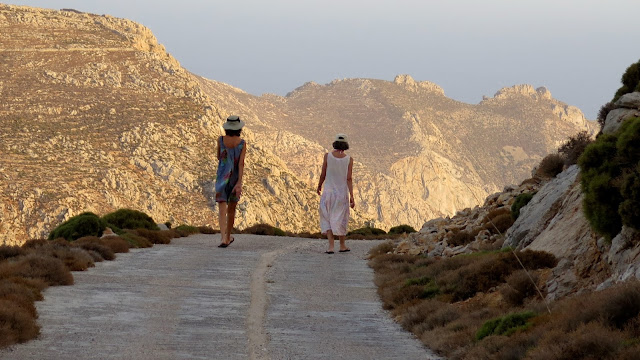